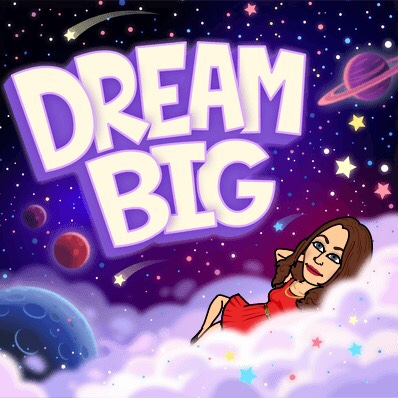 Sometimes, even after you have put you heart and soul into something, the outcome isn’t what you expected.

Take my current mission to hit target again by the time I reach 50.

I really want to be at my target weight by the time I go out for dinner on my birthday.  That is now only 6 weeks away.  I set myself a realistic target of 2lb a week.  I should reach target with a couple of weeks to spare, which gives me a contingency.  Well that was the plan!

Last week I made the conscious decision to make sure I wrote everything down that I ate.  I planned every meal.  I have the new SP Sensations cookbook from Slimming World as you know, and this was a true inspiration for me.

Every day I took breakfast and lunch to work with me.  For snacks I had plenty of fruit.  I had cleared the house of all temptation, so at night even if I felt tempted, there was nothing in.  When I was peckish one day, I popped to Sainsburys and bought a pack of sliced ham!  I kid you not!!

I had made a great decision that I would use my syns this time round.  Previously, I would try and get through the week without having a syn.  If I did, it was never on meals, but treats.  To help me keep motivated, I decided it was ok for my meals to have syns.  It would ensure I was able to have variety and keep me focused.

The meals I had were amazing.  Even hubby enjoyed them.  Many of them are on my Youtube channel for you to enjoy.

I wear a Fitbit so tracked my steps.  On average around 15000 steps a day.  It is easy for me to keep active with 2 border collies to exercise. I also go to the gym in my lunch break.  It all helps to burn those calories off.

In the evenings, I would try and make sure that I found 30 minutes to do sit-ups.  Usually this would be in front of the TV whilst catching up on one of my soaps.  I think last night was the only night I missed, as I just didn’t have even 5 minutes to myself!

We had a work event where cakes were in abundance.  I opted for the fruit bowl.  Later on, there was a basket of pretzels and fruit and nut.  I picked up a pack of each.  Before I opened them, I checked on my Slimming World App.  The pretzels were 4 syns.  I couldn’t find the fruit and nut, so looked at the back of the packet.  They were 250 calories.  That is potentially 13 syns!  Wow.  I was not wasting my syns on that.  I did decide though that as I hadn’t got any syns planned for the day so far, I would treat myself to the pretzels

I really don’t think I could have done any more than I did last week.

I arrived at my weigh in just as they were about to start group due to my train being late!  I was a bit flustered already.  As I stood on the scales, I watched the numbers!  Half a pound on!  That is right, on!  I literarily had to hold back the tears.  If my hubby hadn’t have dropped me off and wasn’t coming back for an hour, I think I would have turned around and left!  As it was, I sat in the group furious.

I looked at my food journal.  I read all my meals and snacks.  How on earth had I gained?  My consultant asked me what I could do differently this week.  Did I want an SOS log.  No, I didn’t and nothing could be different.  I had followed the plan.  I had been really good.

Suddenly I was no longer motivated.  I was never going to lose that last 11 pound now!

I left group and went home.  I could have hit self-destruct, but thankfully there was nothing in the house for me to have.

All night it was going around in my head.  How could I do the plan and put on!

The next morning, I looked in the mirror.  Yes, I want that 11 pounds but if I don’t get it, it is ok.  As long as I can honestly say I’d tried.  My body has obviously decided it didn’t want to lose the weight this week.

If I quit now, how would I feel.  I’m gutted now and I had really tried.  If I gave in now, I would feel a million times worse.

I’m not in a great head space at the moment because of this knock back, but it isn’t going to beat me.  I’m going to continue for the next 6 weeks.  I may not get the 11 pounds, but for every pound I do lose, I’m going to be a step closer.

Sometimes life doesn’t always go to plan.  That doesn’t mean you have to give up.  What doesn’t kill you, makes you stronger.  It’s a saying I always live by.

So, the week ahead, I’m still on plan.  I’m still writing it down and I’m still exercising.  Hopefully the scales will be kind to me this week.  Whatever happens, I’m keeping the reason I want this in my mind.  It is to feel the best I can the day I turn 50!

So guys, don’t quit – be true to yourself.  Keep going!  It will all be worth it. 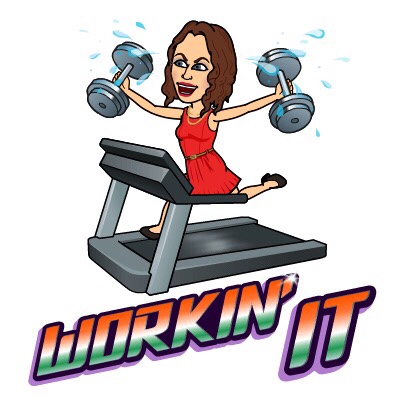 So, from 1 January I have been trying to shift a stone in weight, which I had put on last year.

I decided, as well as getting back fully into my healthy eating, I would also do dry January. Anyone who knows me, will know that I love my wine. Especially Slim Wine, and in particular their sparkling wine!

So when I suggested I would do dry January, everyone laughed, and said there was no way I would do it! Now if you know me, you never say things like that to me, because if you do, I will make sure I prove you wrong!

27 days into January, I am still going strong. Even an opened bottle of fizz in my fridge has not bothered me!

I honestly thought that not drinking alcohol would really help me lose that stone quickly! The plan was that I could lose 3.5lbs per week for the 4 weeks of January.

I started again writing what I was eating each day in my journal. I ensured I planned every meal. I have completely stayed on plan every day. I am allowed 15 syns a day with Slimming World, but gave myself a 12 syn allowance each day. Most days I have had less that 3 syns a day!

Everything was in place for a fantastic month.

On top of that, my asthma flared up! After a visit to the doctors, I was given steroids! That week I dreaded the scales, but was over the moon to see another 3.5lbs off! Happy days.

After 2 weeks off, I eventually returned to work. I had continued to eat so well, I was sure that now I had increased my walking, I would achieve the 3.5lb again if not more! I was so disappointed when the scales said only 1.5lbs!

I could easily have fallen off the wagon, but I didn’t. I have a goal in my head, and I want it more than anything.

When I started this journey, I measured myself. Today, I revisited those measurements. I may not have seen the scales moving in my favour, but the inches had. I was so pleased to see 1.75 inches off my bum and an inch off my waist.

Sometimes, you also need to look at the non scale victories to see how well you are doing.

I have 6 more days on dry January. I have 3 opportunities to go to the gym before month end!

I may not be at the target I want on 1 February, but I will certainly be closer to it than I was on 1 January.

So what ever you have to lose, whilst it is good to set yourself a goal, don’t give up if you don’t reach it when you planned to!

Our bodies are funny things! Sometimes, they take a bit longer to catch up with us.

I’m going to hit that target, I know I will. Why? Because I want it!

If you believe in yourself, anything is possible!